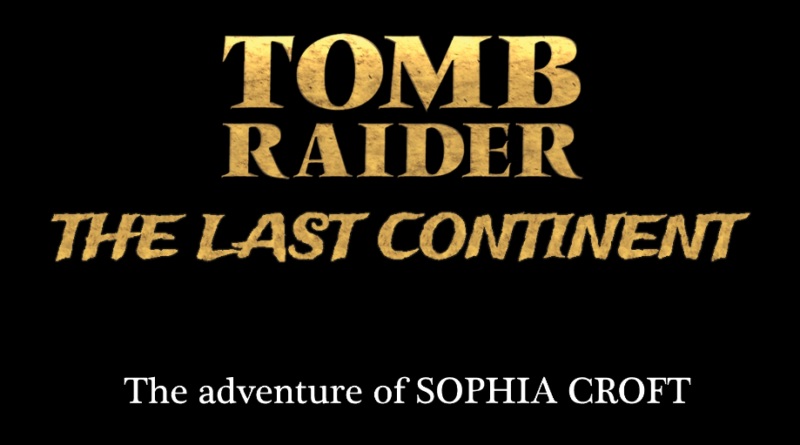 A Continent for the Tomb Raider

The Last Continent takes place in 1907 and tells the story of Lara Croft’s great-grandmother, Sophia Croft. She is a young botanist who was part of the expedition to the seventh and last continent on earth. Actually, if you already played the 7th Continent, you may already know her...

Sophia has the same fate than the other explorers, and is back somehow to the continent, haunted by strange faces faded in a unreal pink aura. The 7th Continent could be defined as an open world game with a different target depending of the played cursed. But for The Last Continent, the content is organized in a different way. As a classic Tomb Raider, the game is separated in levels (named Chapters) where each one corresponds to a curse and/or a region of the board game. How are the cursed allocated ? Well, you will see !

A Tomb Raider on the Continent

Regarding the gameplay, it will be the same as Tomb Raider IV. Sophia, as her great-granddaughter Lara, is able to walk, run, jump, climb, swim, pull levers, open doors and use weapons. But unlike Lara, Sophia has no dual pistols on her. Weapons and ammo will be limited, so killing all the animals around would be probably a bad idea. On wilder scale, The Last Continent will be less action and more puzzle oriented than Tomb Raider games . A basic craft system is also planned, but to be confirmed.

The release target is june 2021 for the first chapter. The next chapters would be released every 2 or 3 months, depending on the community’s feedback. My personal goal is to at least provide content to cover the Voracious Goddess curse, which means in total 3 chapters:

To cover the full board game and curses (including the expansions), I estimate about 7 chapters (what did you expect ?), which means more than a year to release the full content. This is huge for a personal project, that’s why I do not promise anything regarding such content ! And that even worse if a certain game about a 7th Citadel comes out…

A Final riddle (or is it the first ?)

Do you want to know more about the first chapter or Sophia ? Here is a way: Open and play The 7th Continent. I promise you will find informations 😉